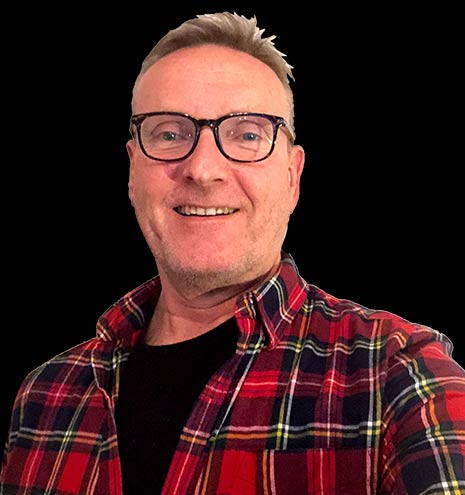 Martin’s love of theatre and music started at the age of eight and he gained all his grades in Drama (Guildhall School of Dance and Drama) and Piano (Associated Board of The Royal School of Music) as a young teenager. He started teaching piano at the age of fifteen.

He gained a BA(Hons) Degree in Information Graphics at Bristol, then worked as a Graphic designer in a London Advertising Agency. He then took up a position as senior book and magazine designer at Wheaton Publishers in Exeter, designing Educational Books and the Life County Magazines.

In 1992 he set up his own Design and Advertising Agency so that he could pursue his acting career on the side and for twenty years he worked as an Equity card-carrying actor, voice over artist and presenter. His TV credits include: Doctor Who, Casualty, Judge John Deed, Upstairs Downstairs and numerous corporate videos and TV adverts. He also worked for a professional Murder Mystery Theatre Company for 8 years writing several of their pieces which were performed all over South Devon. He also started writing for Devon Life and from 1998 to 2006 he had his own Theatre column in Devon Life Magazine

In 2008 he made a conscious decision to move away from Graphic Design completely and began to concentrate on teaching, community drama and writing. He worked as a drama practitioner in both schools and in his local community and so Unleashed Theatre Company evolved from the Christian Community Theatre Company he had set up in 2000. During this period, he wrote and produced eight musical plays written specifically for children which were produced in primary schools in Torbay. These included ‘The Ugly Duckling’, ‘Mary Poppins’, ‘Frozen De-iced’, ‘Charlie and the Chocolate Factory’. In 2012 he was commissioned to write an original children’s musical ‘Timothy’s Song’ for the Buckfast Abbey Storytelling Festival.

2009 Unleashed Theatre Company started what was to became a ten-year residency at Buckfast Abbey commissioned every summer to produce and direct a large-scale community production in the open air. Martin directed eight out of the ten productions including: ‘Godspell’, ‘Children of Eden’, ‘The Hiding Place’ and the specially commissioned play for Buckfast Abbey, ‘The Millennium Mysteries’.

In 2014 following on from the unprecedented rise of homeless people living in Torquay he launched Unleashed Community Drama which started at the Leonard Stocks Homeless Hostel. On receipt of local funding the Drama Group was moved to Endeavour House, a community hub where more people in recovery could access it. In 2017 and 2018 Martin devised and produced two musical reviews, Under One Roof One and Under Roof Two, which put the spotlight on Homelessness in Torbay and the proceeds of which funded a Mental Health Worker at the homeless hostel.

In 2020 Martin wrote and directed the film ‘The Rich and The Pure’. The script was based on improvised workshops with folk from the ex-homeless and recovery community of Torbay. The film went on to be nominated for Best Short Film at the London Shorts Film, Festival and then went on to win The Best Original Screenplay at the Cannes Short Film Festival.

Martin is Artistic Director of Unleashed Theatre Company and alongside continues to be the Singing and Piano Teacher at The Torquay Boys Grammar and Spires Academy. 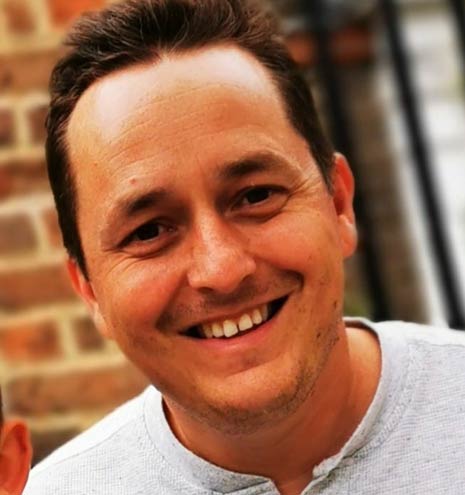 Paul has been involved in theatre productions from a young age, taking on the part of The Artful Dodger in high school, whilst also performing in pantomimes with a local community group during his teenage years. After a relocation from The Midlands at the age of 18, Paul completed a Btec National Diploma in Performing Arts before moving into full-time employment with McDonalds. After 5 years of restaurant management Paul developed a bedrock of skills and an understanding of business which he has held onto throughout his working life.

Having been involved with Unleashed sporadically since its inception Paul applied to become the administration assistant in 2020. This role quickly developed and he has held the role Operations & Finance Manager since 2022. 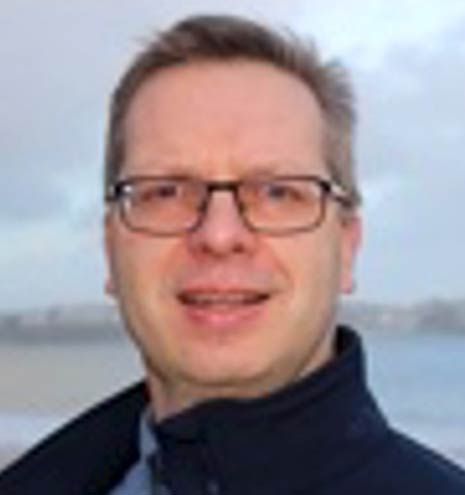 Martin’s connection to Unleashed goes back to the original production of the St John’s Gospel at the Little Theatre. Since then he has appeared in 6 other productions put on in Torquay and at Buckfast Abbey. He joined the Trustee’s Board in June 2021 and then took up the role as Chair of Trustees in July 2021.
Martin has come to the Trustee’s Board with 25 years’ experience in Educational and a further 5 years in Business.

He was a teacher, manager, leader and governor in different settings holding responsibilities in: Assessment, Curriculum Development, Examinations, Finance, Health & Safety, HR, Operations & Premise, Overseeing volunteers, Policy Implementation, Project Management,  Safeguarding, and Teacher Training. He has taught in mainstream and special schools, across Primary, Secondary, Further Education and Adult Services and has worked with children, young people and adults with a multitude of special educational needs, ex-offenders, long and short term unemployed and people with English as an additional language. Outside of Education Martin has worked in three different but busy office environments; in two financial planning offices and a busy town church. When not working or involved with Unleashed he enjoys watching and playing sport, gardening, cooking, reading and watching TV. 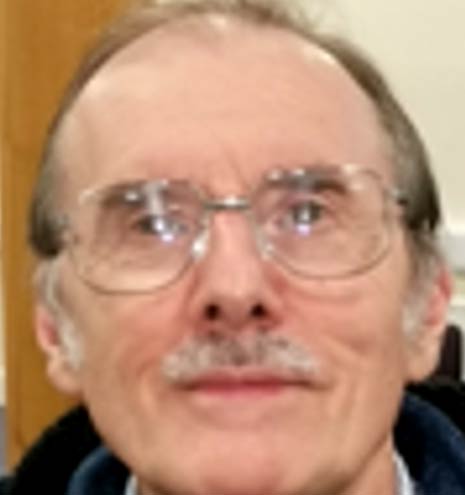 Richard has worked for national and local charities in London and Essex for 30 years on major fund-raising scheme as a senior project manager. He has many years of experience being a trustee and committee member of a number of community and arts projects. In the past he was involved with the development of ‘Stage One’ – a community arts centre in Stratford E15. Since coming to Torbay he has been helping local charities and community groups with their fund-raising and administration. He was on the board the Torbay Ageing Well Project and Vice-Chair of the Ageing Well Festival. He first performed with Unleashed in 2018 in ‘Millennium Mysteries’ and in ‘All The World’s a Stage’ in 2019. 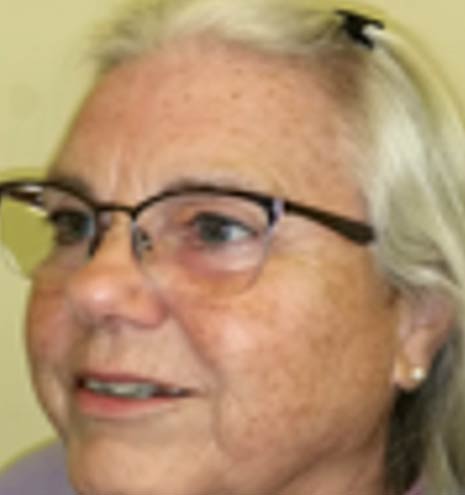 Josie has been involved in amateur theatre since her schooldays, both in performing and working backstage. After qualifying as a secondary school teacher with a B.ed, the involvement with drama continued with assisting with school productions throughout her teaching career. Josie has been involved with every production of Unleashed Theatre Company since 2008 and has assisted in the running of community Drama since its inception. 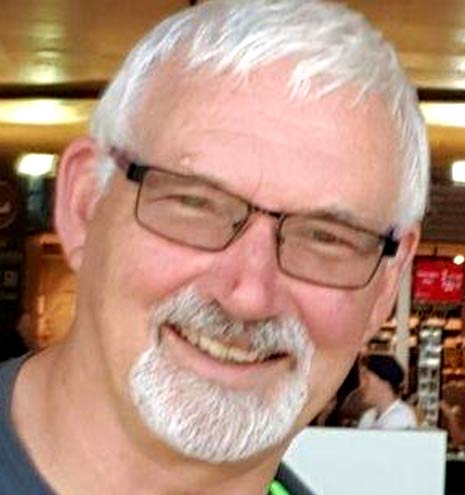 Since his school days, Brian has been involved in theatre lighting, sound effects and staging. More recently he’s been active in local productions at church and for Unleashed Theatre Company, working backstage as technical director for over 10 years. 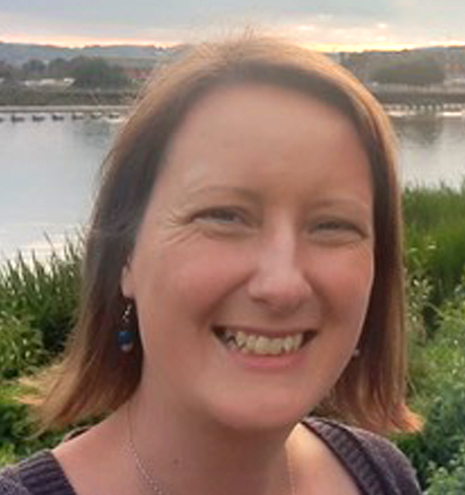 Katy works as a Chartered Legal Executive by day but has been involved in amatuer theatre in Devon since the age of 4 when she made her stage debut as a Munchkin.  Since returning to Devon in 2003 Katy has worked backstage, mainly as a Stage Manager, on in excess of 50 local theatre productions and has run a local theatre Facebook page for 12 years.  Katy has a BTEC in Technical Skills in Live Entertainment. Katy is keen to promote inclusion in theatre.   Katy has studied BSL to Level 3.  Katy has been part of Unleashed since 2014.

Ros is actively involved with Unleashed on a weekly basis, helping with Community Drama and has been on the production team. This has involved creating sets, costumes and props as well as being co-producer on several projects and mentoring individuals in the cast and club.

Margie has been involved with Unleashed since the beginning and joined Community Drama 5 years ago to help as a volunteer. As well as being part of the leadership she has also been involved in productions in various roles during that time, a very special time.

Calvin’s first experience with Unleashed was 12 years ago when he was called upon to replace an actor who had broken his leg (literally!) – 30 years previously he’d taken the lead in a school play but nothing since. He was hooked! Now he tends to support the charity’s community activities with the vulnerable.