The story behind Unleashed

Established in the early 2000s, Unleashed Theatre Company was set up to enable Christians from various churches to come together to present professional-standard productions with specific Christian themes.

As the company’s reputation and membership grew, it was commissioned by an abbot from Buckfast Abbey to produce and perform a number of big shows at the abbey over several summers. Productions have included large-cast plays and musicals, performed both indoors and in the open air. 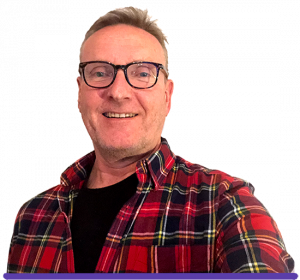 Company founder, Martin Harris, has worked in professional theatre and as a voiceover artist and actor in television.

Having also been a street pastor for many years, in 2014, he was concerned with the noticeable rise in the numbers of homeless people, and began to volunteer at the Leonard Stocks Homeless Centre in Torquay. Here, he ran drama workshops to help build self-confidence and teach interview skills to those who had recently come off the streets.

A short time later, Martin was able to secure funding for a regular venue for the workshops, and the first offshoot of Unleashed Theatre Company, the Unleashed Community Drama group, was properly born.

Run by Martin, now with the help of a small team of volunteers, Unleashed Community Drama has gone from strength to strength. Every Thursday, between twenty and thirty-five participants attend sessions for fifty-one weeks of the year.

Members include those who have experienced homelessness, addictions and suffered with mental health issues. Ex-offenders are also encouraged to take part, along with many who are on the 12-step rehabilitation programme, and those with special needs and learning challenges.

Unleashed Community Drama was established as a fully inclusive venture, and participants are welcomed regardless of age, gender, sexuality, disability or faith.

As members rehabilitate, they can continue with membership of the group, allowing them to further expand their performance and life skills, or they can make the move into employment or voluntary work.

Unleashed Theatre Company and Unleashed Community Drama have worked together on several musical productions, so forming a choir as a second company offshoot seemed a logical next step. Open to everyone and free to join, the Unleashed Community Choir is, again, fully inclusive. Around thirty members attend each week to enjoy an opportunity to sing, as well as to boost their confidence and sense of wellbeing.